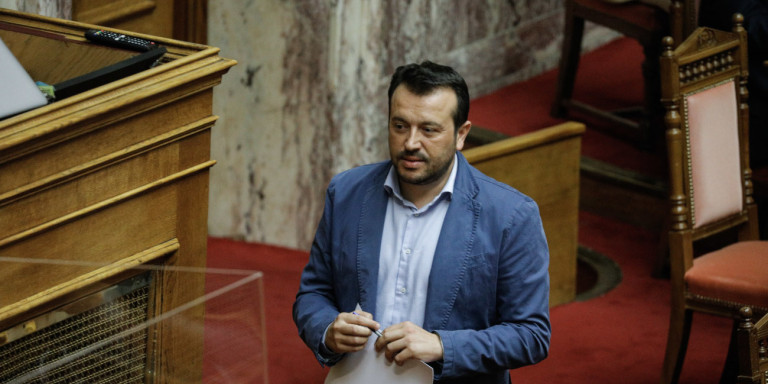 I fail to understand why they were celebrating yesterday in SYRIZA after the report of the parliamentary preliminary investigation that probed the machinations of the then SYRIZA-Independent Greeks government, through former minister Nikos Pappas, in order create a pro-government television and radio terrain.

The majority report (New Democracy and KINAL, Movement for Change) does not charge Pappas for the felony of bribe-taking but it does charge him with repeated breach of trust. The evidence is reportedly quite enough to lead to a conviction.

Naturally, every citizen who is confronted by the justice system enjoys the presumption of innocence until proven guilty.

Yet, the depositions of witnesses and chief among them that of Christos Kalogritsas allow the majority of the committee to believe that there is sufficient evidence on which to base the charges.

It is noteworthy that the sending of the case file with the minutes from the Committee’s meetings “to the prosecutor and the competent authority to combat money laundering regarding funding, publication and transfer of the newspaper ‘Documento’, and regarding payoffs to the media and journalists in order to probe crimes that can automatically be prosecuted”.

I think this formula will be welcomed by all implicated parties who are innocent because the case is in the hands of the judiciary.

On the contrary, those who became entangled in power plays in the SYRIZA-Independent Greeks system should be worried. Democracy is entitled to uncover and prosecute its enemies.

The majority report indicates that the evidence sent to the prosecutor through which the judiciary is probing the case and expanding it to include more individuals, proves not only Pappas’s machinations to create a pro-SYRIZA television station, but it also offers a clear account and timeline of secret meetings and bogus contracts until the publication of the aforementioned newspaper.

What is certain is that the newspaper got the money. Was it illegal? The issue is being investigated by judicial and tax authorities.
That is a tall order – and indeed before examining the part of the case that is likely to put on trial the former minister in a special high court with the approval of a plenary session of Parliament.

Breach of trust may be a misdemeanor and if convicted one might avoid a jail sentence.

However, confirmation of repeated breach of duty by a political figure in the framework of his duties is enough to prove not only criminal but also political responsibility – and that means he is finished politically.

That applies to the particular minister and anyone politically linked to the case, as high up as they may have been.

They are wrong to be celebrating in SYRIZA, The scintillating details of the case that will come to light are enough to quash and demolish whatever was left of the so called left-wing “moral advantage”.

All this is happening even before the hearing of the other major case of the SYRIZA-Independent Greek government – Novartis, concerning then alternate justice minister Dimitris Papangelopoulos and charges of the executive branch of government manipulating the judicial branch.